Described by the Financial Times as "Scotland's Hottest Hotel", The Fife Arms is a Victorian coaching inn that has been imaginatively restored. The hotel is located in the historic Scottish village of Braemar.

The Fife Arms, Braemar has reopened its doors following a complete restoration project which has restored the splendour of the former Victorian coaching inn and will once again establish it as a hotel for the Scottish highlands. Situated within the magnificent Cairngorms National Park,
the hotel lies at the heart of the historic village of Braemar which attracts thousands of visitors to its annual Braemar Gathering. Owned by Iwan and Manuela Wirth of internationally acclaimed art gallery Hauser & Wirth, The Fife Arms brings together Scottish heritage, craftsmanship and culture with world-class contemporary art and a strong sense of community.

The interiors are by Russell Sage (The Zetter Townhouse; The Goring; The Savoy Grill) and feature over 14,000 historic objects, artwork and artefacts that have been collected over three years in order to tell some of the many stories associated with Braemar. The hotel’s 46 suites and bedrooms have all been individually designed with unique furnishing and décor - each one a homage to place, person or event with links to the area; such as Robert Louis Stevenson who began to write his classic novel Treasure Island in Braemar.

The Fife Arms offers several bars and restaurants including The Clunie Dining Room with a focus on wood-fire cooking, the hotel’s much-loved traditional public bar which is now called The Flying Stag , an elegant Drawing Room that will serve afternoon tea and Elsa’s, a chic art-deco cocktail bar that is inspired by legendary fashion designer Elsa Schiaparelli who visited Braemar.

In keeping with the Wirth’s dedication to contemporary art, The Fife Arms features prominent works specially commissioned for the hotel from internationally renowned artists such as Zhang Enli, Guillermo Kuitca, Subodh Gupta, Bharti Kher and Richard Jackson. James Prosek has designed the hotel’s striking coat of arms which includes the Flying Stag after which the public bar is named. While the reception features a special Steinway piano that is a unique collaboration with American artist, Mark Bradford. These contributions are complemented by an outstanding array of mainly Scottish artworks collected for the hotel, from important paintings and drawings to prints, pamphlets, and caricatures, and even a delicate watercolour of a stag’s head painted by Queen Victoria herself.

During the hotel’s renovation, a number of other artists were invited to take up residence in Braemar and to immerse themselves in the atmosphere of its surroundings. Among them was Scottish luminary Alec Finlay, who was commissioned to create “gathering,” a poetic guide to the Cairngorms. Words taken from this poem have been carved into the custom-made wooden bedheads in many of the guestrooms of The Fife Arms. Gideon Summerfield, a recent postgraduate from London’s prestigious Royal School of Drawing, has drawn portraits of many of Braemar’s several hundred resident and a selection from his resulting “Characters of Braemar” series hang in The Flying Stag.

Moxon architects, based in Crathie and London, has overseen the refurbishment. Headed up by Ben Addy, who grew up in Aberdeenshire and is a Director of the Cairngorms Trust, Moxon has executed a careful restoration of the listed building. The house tartan and tweed, used throughout the hotel, have been designed by Araminta Campbell, who grew up in Royal Deeside. Chelsea Flower Show and RHS medalist, Jinny Blom, has remodeled the riverside garden, which overlooks the River Clunie and links the main hotel to the spa, which will offer treatments inspired by the Scottish landscape.

The hotel is led by General Manager, Federica Bertolini, who has been living in Braemar for over three years, having moved from her previous role as manager of the Hotel Tresanton in Cornwall. Federica is joined by Deputy General Manager, Kirsten Jensen and Executive Chef Timothy Kensett. Ros Evans has taken on the role of ghillie (or concierge), enabling guests to discover the surrounding area and beyond.

The Fife Arms will delight and surprise visitors from around the world, while serving as the lively and welcoming home for Braemar locals that it has been for decades. In celebrating the picturesque charms of Scotland, the hotel encourages the writing of new stories – tales of adventure lived by both The Fife Arms’ neighbours and guests, from outdoor enthusiasts and nature lovers, to those simply seeking enchantment. 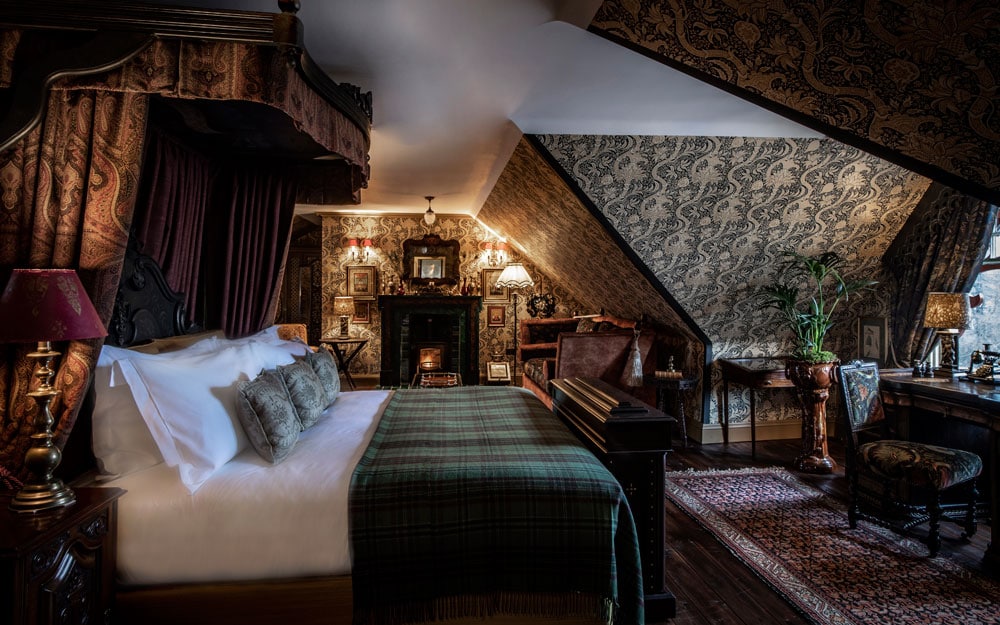