The first historial mention of the estate of Kinnettles was in a document granting an annual income from the lands of Brigtoun, Inglestoun and Kinnettles to Alexander Strachan of Carmyllie. This was gifted by King Robert III of Scotland at the beginning of the 15th Century.

Thereafter, the Strachan family acquired a proprietorial interest in Kinnettles and held it until 1511, when it passed to the Lindsay family. The land remained in the hands of the Lindsay family until the mid-17th Century, when it was acquired by Sir Thomas Moodie – who had been the Provost of Dundee. It later passed to Patrick Bower, a Burgess of Dundee.

The estate was acquired in 1802 by John Aberdein Harvey from the trustees of Alexander Bower. He married Angelica Dingwal Fordyce and they had a large family, so decided to build a new mansion of the southern slopes of Kinnettles Hill.

When John Harvey died (circa 1832) the estate passed to his son John Harvey Jr, who was a civil judge in India. He then returned to live in the new mansion until 1864. The estate was bought circa 1885 by Joseph Grimmond who, with his brother Alexander, owned the Bowbridge and Maxwelltown Jute Spinning works in Dundee.

The next owner was Sir James Duncan, whose business acumen fortune enabled him to purchase the Kinnettles Estate in 1914. In 1922 he purchased a considerable amount of farmland, which brought the total size of the estate to around 1,000 acres.

Then in 1927, Sir Harry Hope, a local MP acquired the estate. He was particularly interested in farming and was the convenor for the Angus County Council. His daughter continued to live in the Kinnettles house until the 1960s when it was purchased by Hugh Walker Munro.

Following this the house and policies were leased by Universal, a communication organisation, who used it as a staff training and selection facility. The remainder of the estate was divided between Mr Walker Munro’s sons.

Universal eventually bought the house and policies, but soon thereafter sold it to a consortium of developers, who made extensive refurbishments to both the house and grounds. 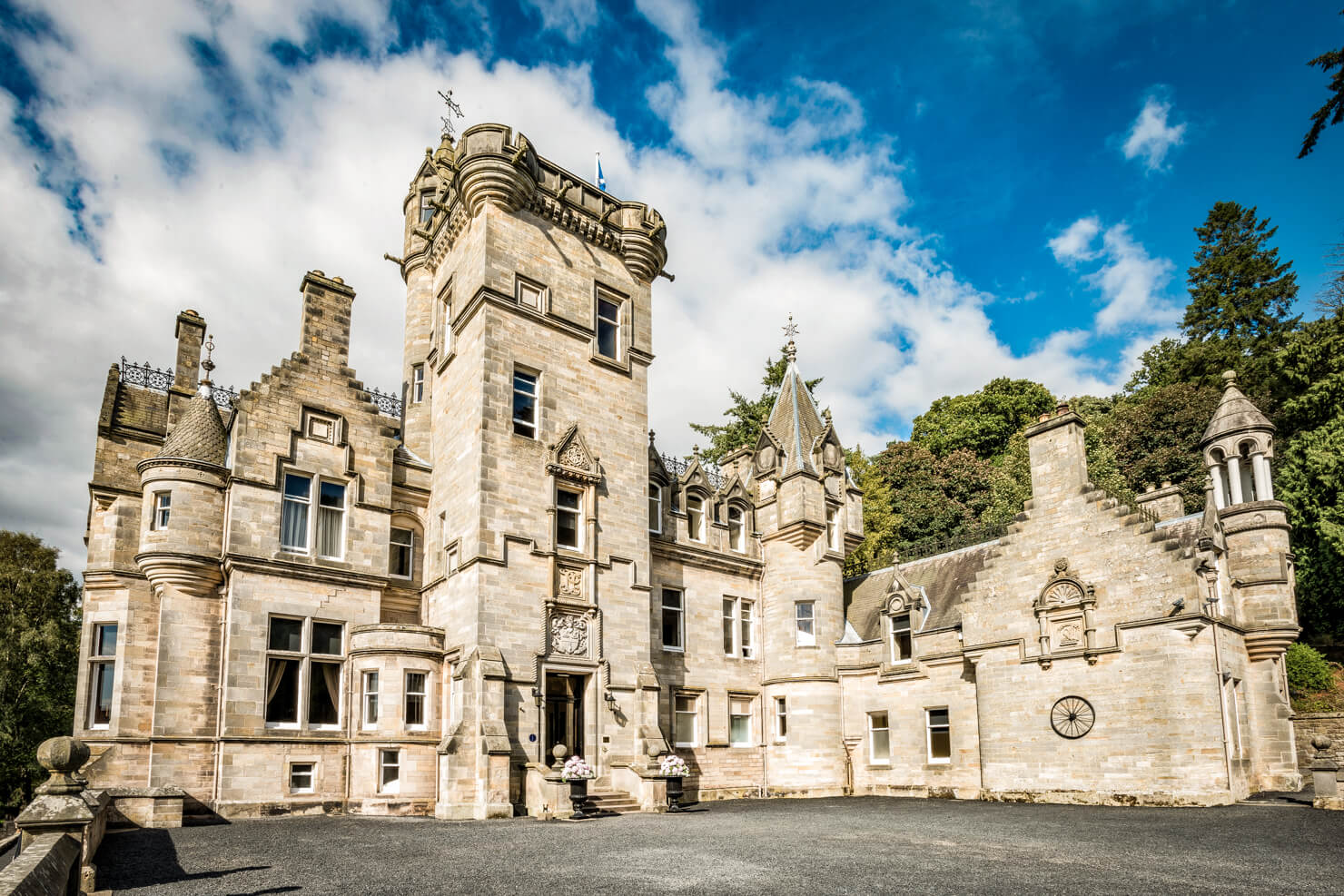