Golf is first documented as having been played at Fraserburgh, Aberdeenshire in 1613. Following receipt of documents from the National Library of Scotland, Edinburgh it has been firmly established that the Fraserburgh Golf Club was founded on 14th April 1777 and that the membership consisted of nineteen of the most prominent "landed gentry" in the north-east of Scotland. According to the display boards in the British Golf Museum, St Andrews, Fraserburgh Golf Club is the 5th oldest club in Scotland and the 7th oldest in the World. Fraserburgh enjoys wildly undulating fairways, sand hills, wonderful views and some truly spectacular holes making this course a true links adventure from start to finish. 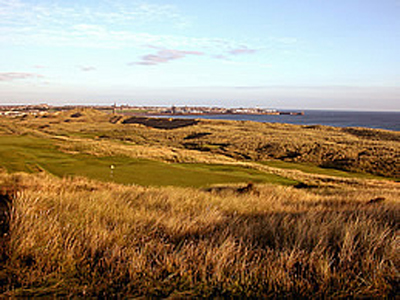