Royal Porthcawl is recognised as the Number 1 golf club in Wales with an outstanding links course to rival any throughout the world.

Royal Porthcawl was described by the late Tom Scott, a leading writer on golf and former editor of Golf Illustrated, as being one of the twelve finest courses in the world. Since this the club has acquired a large practice area and further improvements have been made to the course, developments which keep Royal Porthcawl firmly among the world's top golf courses. The status of the course is sustained by the many prestigious professional and amateur events held at the club over the years.

A dramatic and short opening hole played into the prevailing wind. The drive is struck down the right hand side as the fairway runs away to the sea on the left. A large undulating and difficult green awaits any accurate iron approaches.

"Royal Porthcawl epitomises all that is best about the game, as it once was, even down to a creaking clubhouse that is as unchanging as the magnificent links and unrivalled hospitality." Michael Williams, Daily Telegraph 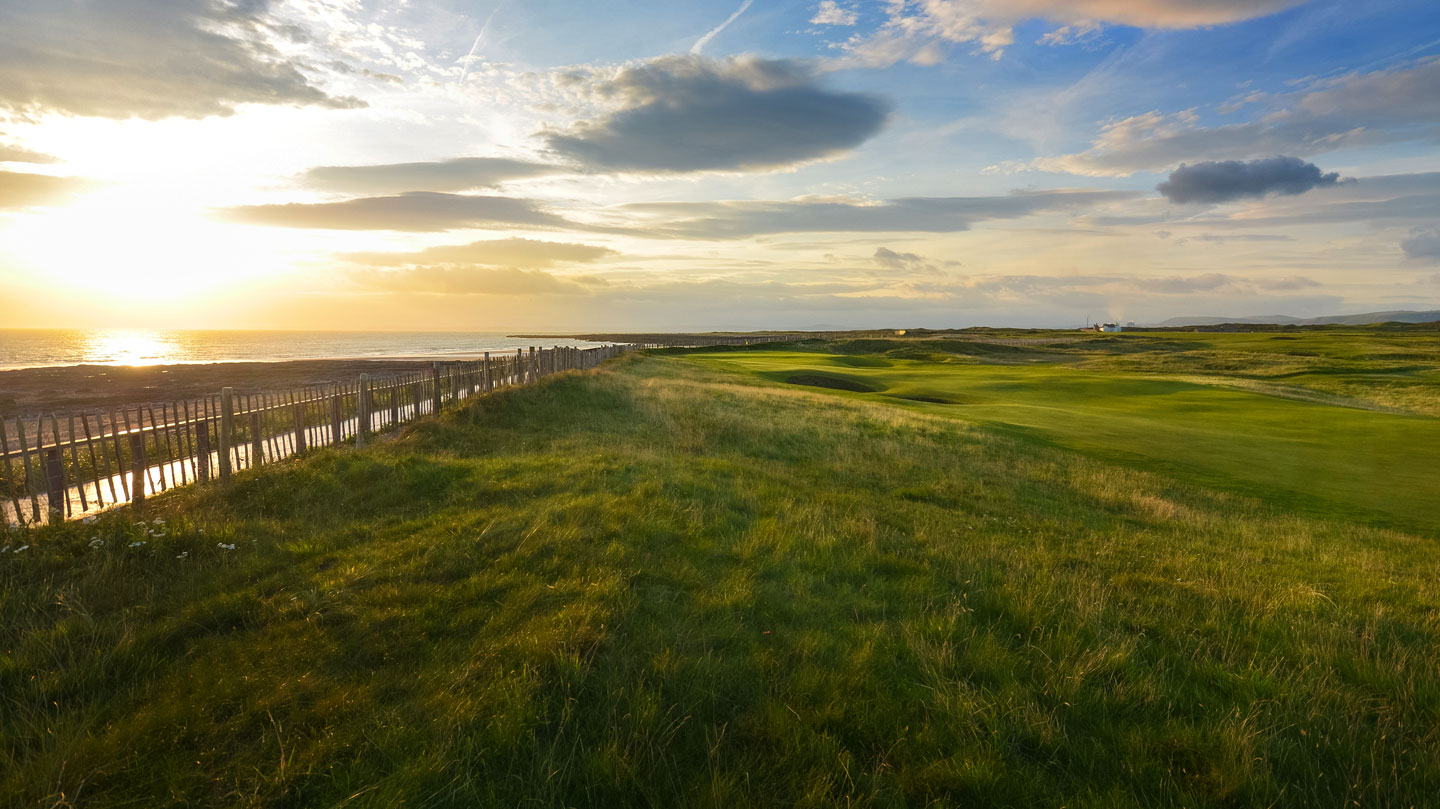