Traditional links golf, open qualifying venue for the Open when at Carnoustie

The opening stretch at Monifieth runs right alongside the main Aberdeen to London railway line with out of bounds a constant threat on your right. After a modest opening hole with a lovely undulating fairway, a trait throughout the course, it begins to move through the gears over the next few holes. They climax with the excellent fourth where the green is located amidst large dunes on all sides with only a narrow entrance to run your ball through and onto the putting surface.

The next, a par three of almost 200 yards, is no less demanding and like both other short holes on the course (11 and 14) it has a beautiful green complex with a number of bunkers eager to capture the wayward shot. A blind drive at the 6th requires bravery as you play alongside the train track for the final time. As it transpires a lone bunker down the left is the only real threat but it is perfectly located where the ideal place for an approach to this angled green would be.

The 7th is a beautiful looking hole with a thrilling drive, which must carry a burn, to a fairway that meanders through shallow dunes. The outward half closes with two birdie opportunities; a short par four followed by a two-tiered par five with a rumbling fairway that cascades down to the lower level at around the 300 yard mark before a series of bunkers must be negotiated on the approach to the green.

The second nine is perhaps not quite as demanding, it certainly isn’t as long, but it undoubtedly has the best looking holes and is initially played over more undulating terrain than the rest of the course. The 10th, 12th, 13th and 15th are simply stunning looking par four holes as you stand on the tee and salivate at the prospect of playing them. Each one melts into the natural landscape perfectly and requires accuracy rather than length on both the drive and the approach. We were fortunate to play the course towards the end of May when the gorse was almost in full bloom and this certainly added an extra dimension to some of these holes on this lovely part of the course.

The round finishes strongly too as you return to flatter ground. The strategic par four 16th has several bunkers to avoid on both the tee shot and the second whilst the 17th at 435 yards is no pushover. The finishing hole, a shallow dog-legging par five around a prominent bunker on the inner elbow, is a fine closing hole and whilst it may present a birdie opportunity for some trouble lurks throughout its 530 yards. 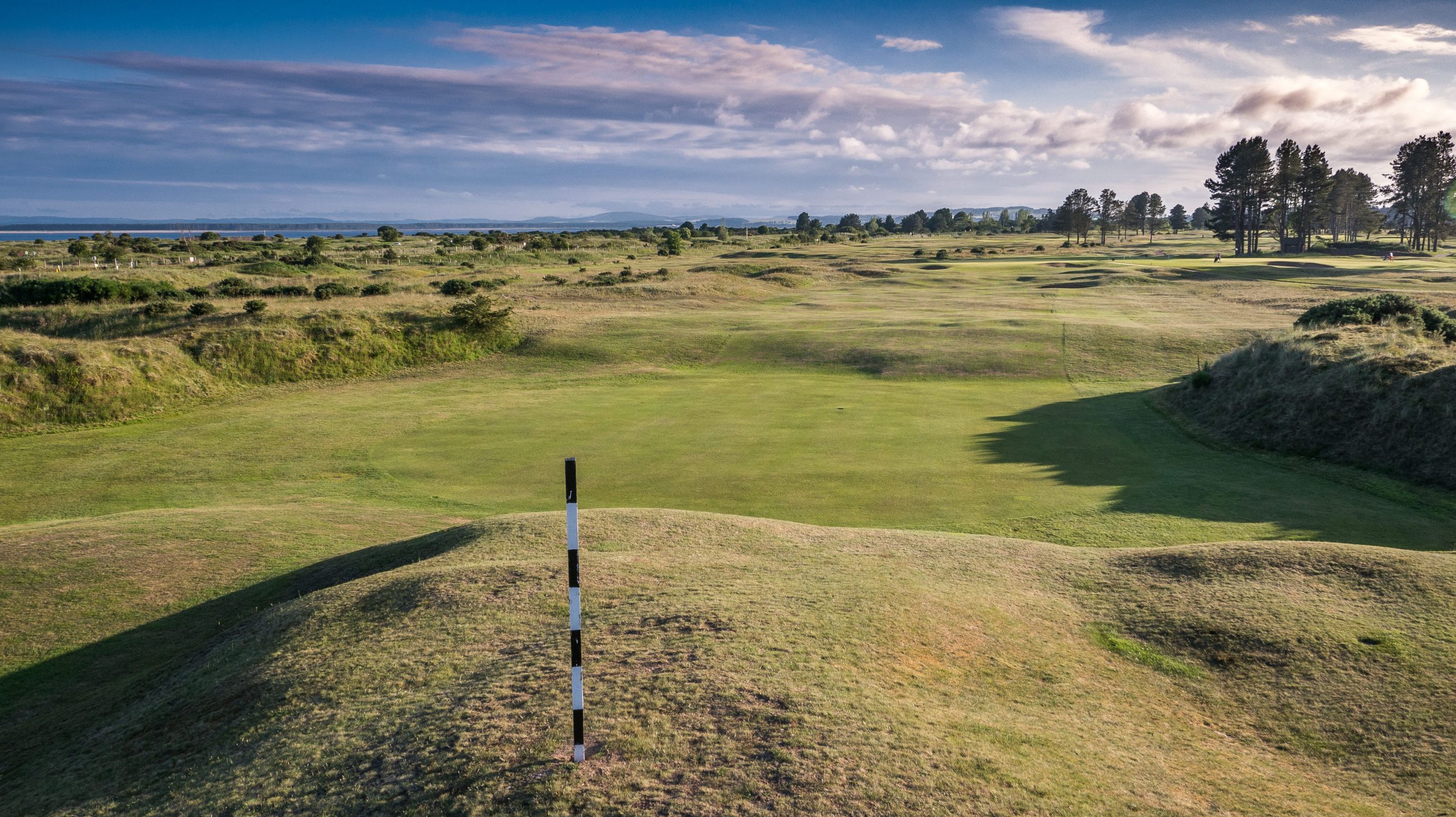